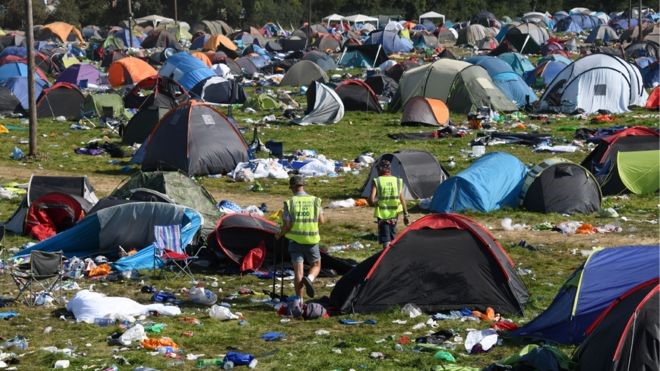 Festival season in the UK has ended until next year but the thousands of tents left behind are causing changes to be considered.

The campaign group Clear up Britain is proposing that campers at big festivals should pay a refundable deposit on the condition that they take their tent home.

The Founder of Clean up Britain has described leaving tents behind as a “glorified form of fly tipping.” He believes that by imposing a “tent-tax” of £25, campers will view it as a financial incentive to take their tents home, decreasing the number of tents ending up in landfill.

Do you believe that a tent-tax should be imposed to reduce this type of waste?